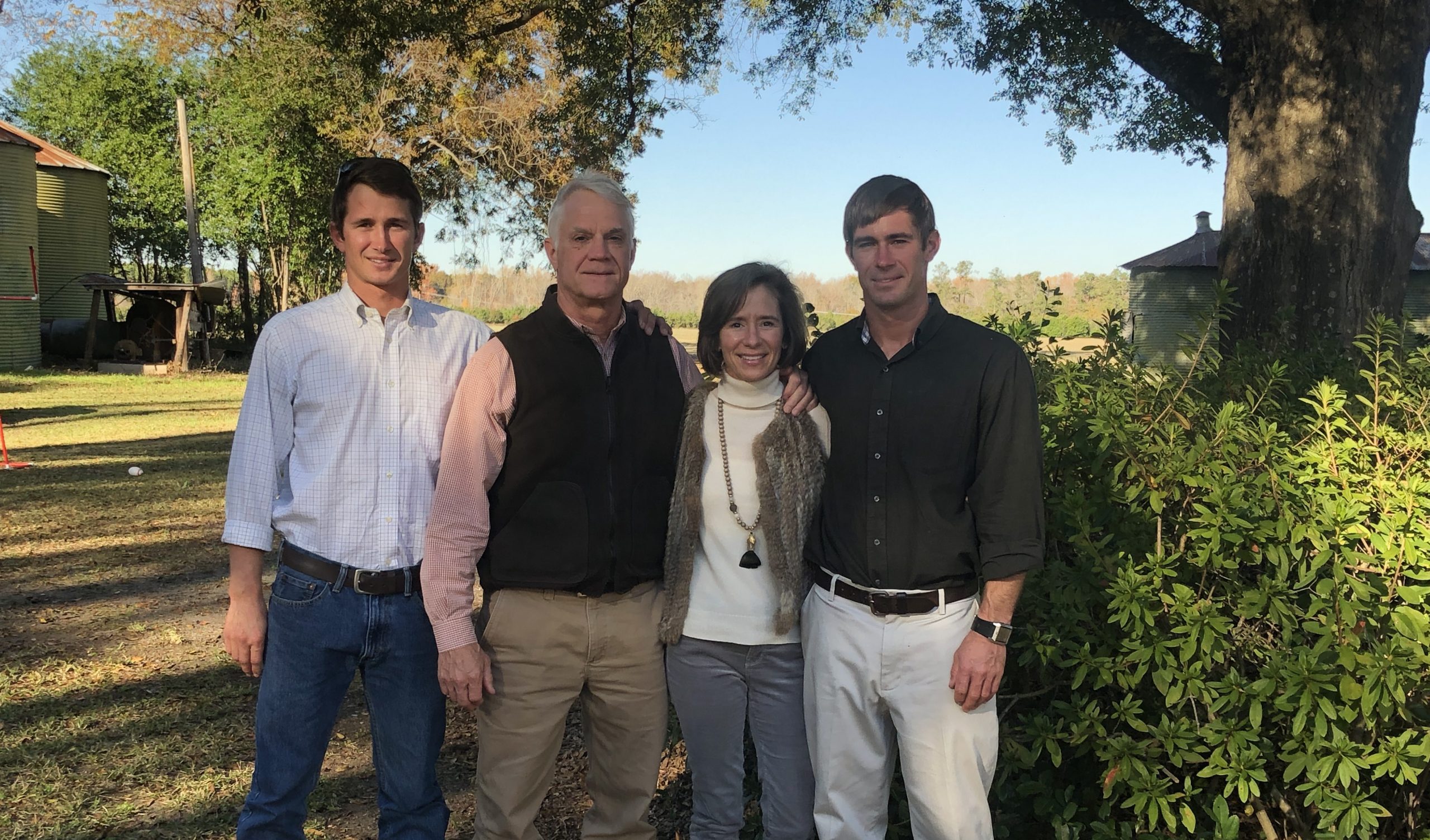 George E. “Chip” Campsen III is a Republican member of the South Carolina Senate. He has represented Senate District 43 since 2004. The district encompasses coastal portions of Charleston, Beaufort & Colleton Counties, from Bulls Bay to Port Royal Sound. An avid outdoorsman and surfer, Chip has spent a lifetime of adventures along this coast and knows it like the back of his hand. It is the most historic, beautiful and pristine district in the nation. And Chip fights to keep it that way!

Chip is a 5th generation Lowcountry native who was born and raised on the Isle of Palms. He is the son of the late George and Myrtle “Snap” Campsen of Charleston.

Chip’s father, George E. Campsen, Jr., was a lawyer, businessman and member of the South Carolina House of Representatives. He was a graduate of the Citadel and University of South Carolina Law School, Captain of the Citadel Boxing Team and a formidable trial attorney.  Mr. Campsen instilled a love for public policy in his children. Every night around the dinner table was a civics lesson.

For years Chip’s mother Snap served on steering committees that produced American Cancer Society shows and March of Dimes telethons in Charleston. She was a United States Tennis Association National Champion. Snap and George instilled a love for the great outdoors in the family. An avid outdoorsman, Mr. Campsen would often encourage the family to, “Spend some time hugging Mother Nature”.

As an adult Chip has lived in Mt. Pleasant, downtown Charleston, and currently resides on the Isle of Palms. Chip is married to the former Lalla Lee Laffitte of Columbia. Lalla Lee and Chip have two outstanding sons, George Campsen IV and Boyce Campsen, both of whom graduated from The Citadel Honors College with 4.0 GPAs. George is a Charleston Harbor Pilot who pilots large ships in and out of Charleston Harbor. Boyce is engaged in commercial real estate development with Buxton Development Group in Mt. Pleasant. George and Boyce are also professional offshore fishing captains and mates. Chip, George and Boyce are Eagle Scouts.

An attorney and businessman, Chip is President of Fort Sumter Tours, Inc. and SpiritLine Cruises, LLC, which operate passenger vessels in Charleston Harbor. He is a principal in the Campsen Law Firm.

Chip has a lifelong passion for athletic competition. He ran track and played football in high school and college, was the SC State High School Champion and record holder in the pole vault, and earned All Southern Conference honors in college. Chip surfed competitively for several years in Eastern Surfing Association competitions and was a semi-finalist in the East Coast Surfing Championship. Chip also competes in offshore fishing tournaments. In 2018 his fishing team won three of the five South Carolina Governor’s Cup Billfish Tournaments, as well as the Governor’s Cup Billfish Series overall. In the process they set a record that stands to this day. 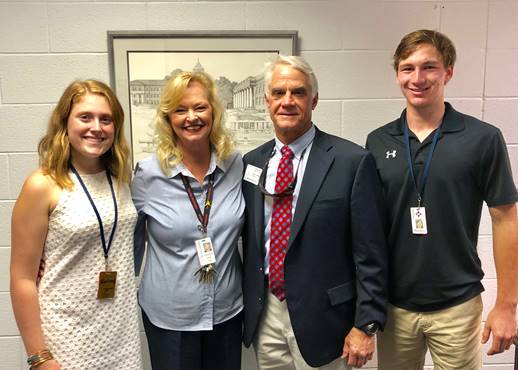 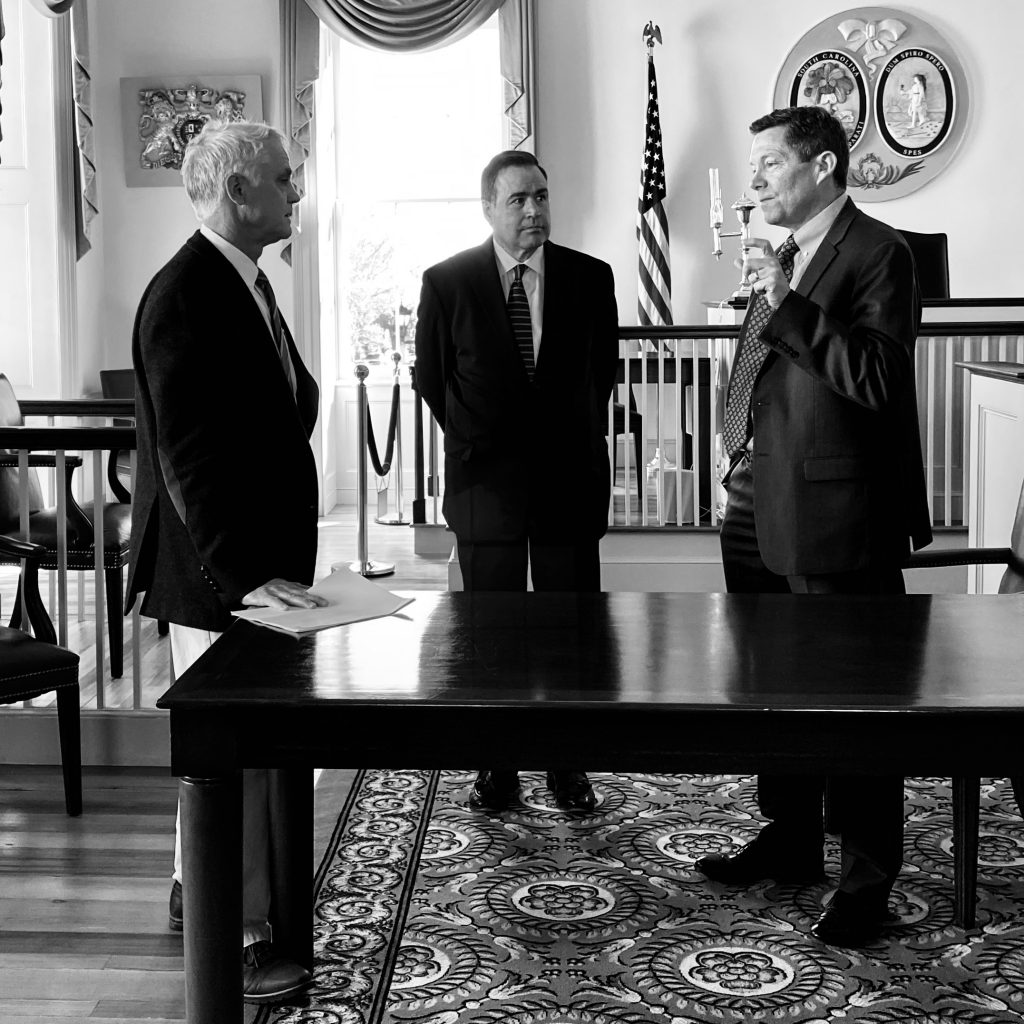 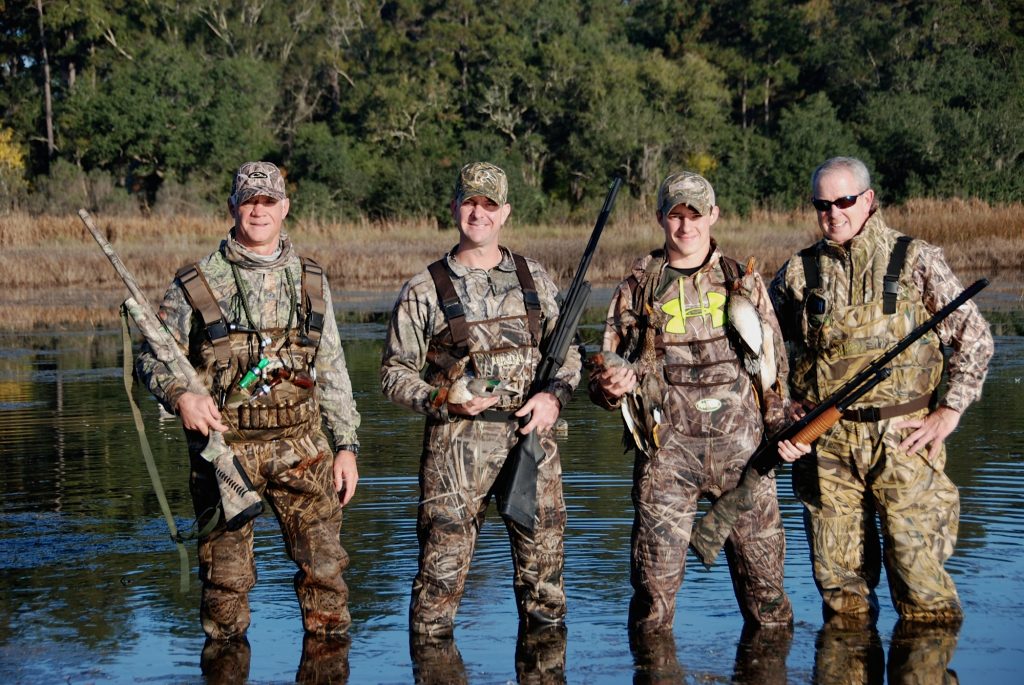 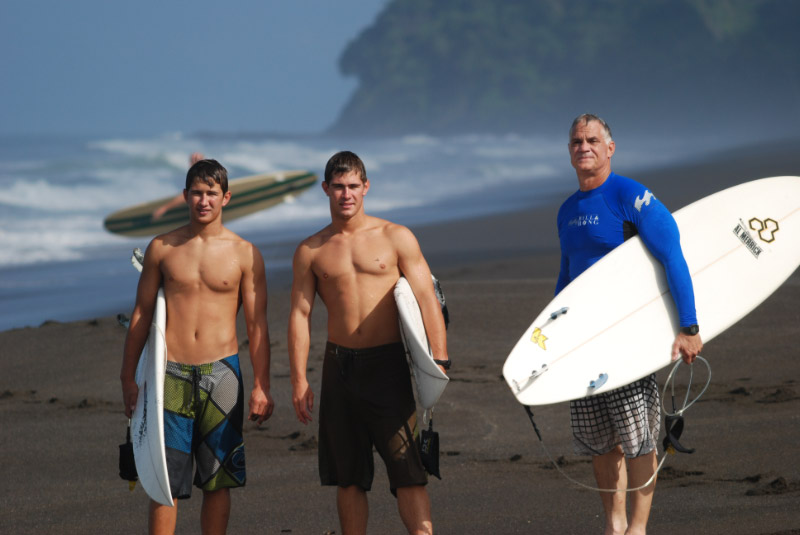 Senator Campsen on a Surfing Safari with his sons, George & Boyce 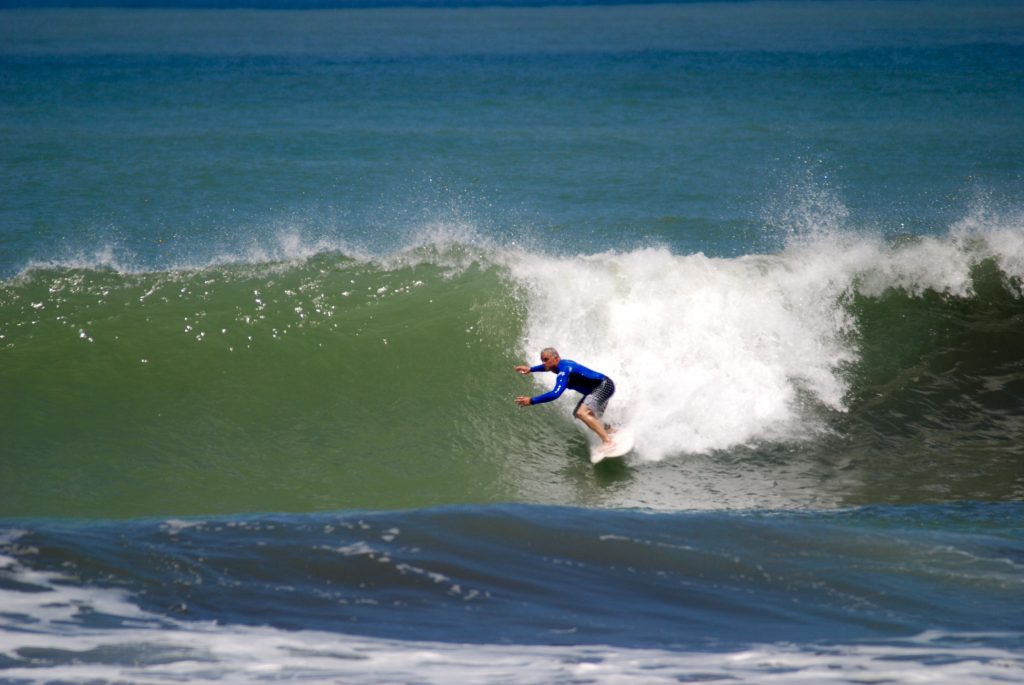 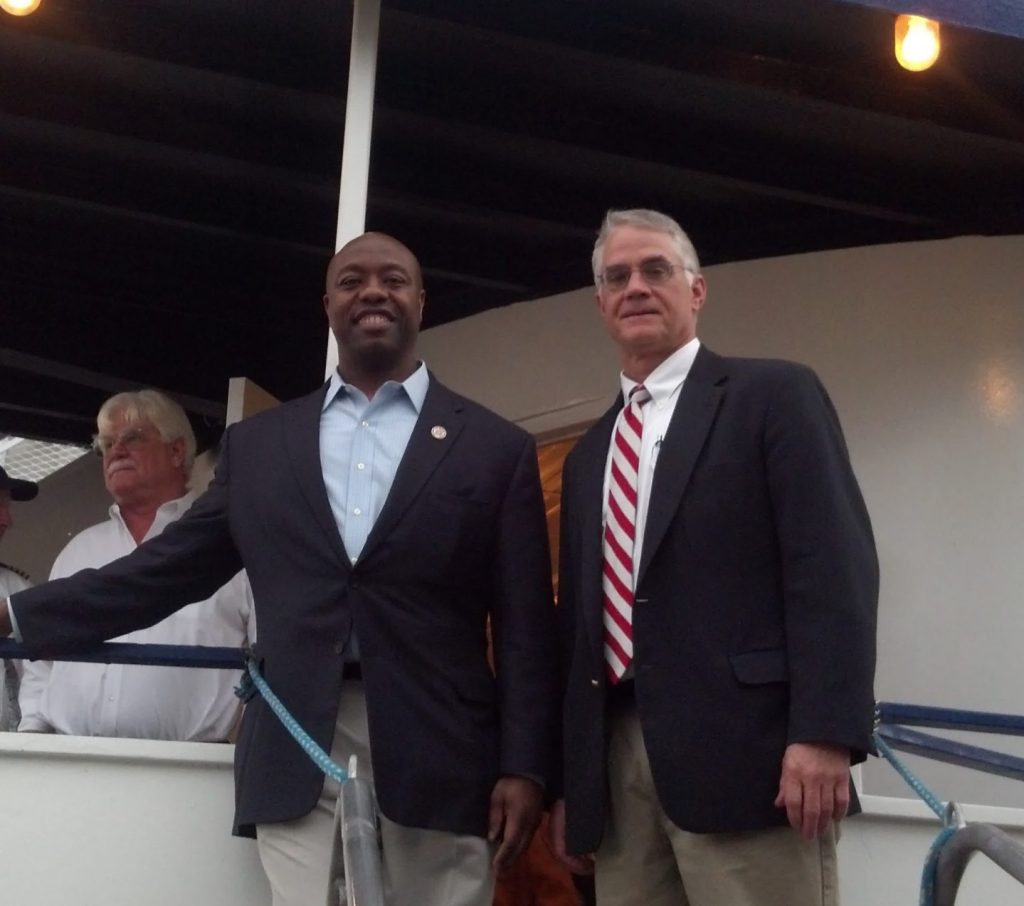 Senators Campsen & Scott on a Town Hall Cruise of the District

Chip and his brother Richard are the fifth generation, and Chip’s sons George and Boyce are the sixth generation of Campsens to carry on the family’s Charleston maritime heritage.

Chip’s great-great grandfather, Johann Campsen, was a German sea captain who immigrated to Charleston in the mid 1800’s. Upon arrival he established a marine chandlery business to serve Charleston’s bustling maritime industry. He enlisted in the Confederate Army at Fort Moultrie on Sullivan’s Island in June of 1861 and was wounded in one of the two Battles of Manassas (Bull Run). Thereafter he served as an emissary to Germany and returned to Charleston after the war.

Morris Island was the site of two Civil War Battles for Battery Wagner in 1863. Battery Wagner was held by Confederate forces. Union forces, including the Africa-American 54th Massachusetts Infantry, attacked Battery Wagner from their staging area on Folly Beach. Wagner was strategically important. If taken, Union forces could shell Fort Sumter from Wagner and command the entrance to Charleston Harbor. There were almost 1,700 casualties in the two battles.

Chip’s great grandfather, George John Campsen, was Captain of the Charleston Life Saving Station on Morris Island in the 1880’s and 1890’s. Chip often reflects upon what his daily experience on Morris Island was like just 20 years after so many sacrificed their lives upon the ramparts of Battery Wagner. He must have regularly observed newly uncovered human remains and ordnance amongst the abrading battery as it was buffeted by the shifting winds, sands and tides of Morris Island.

In 2006 the South Carolina Conservation Bank protected Morris Island from development through grants to the City of Folly Beach and The Trust for Public Land. As author of the Conservation Bank Senator Campsen derives particular satisfaction that Morris Island – where his great grandfather commanded the Charleston Lifesaving Station – is among the 315,000+ acres of land protected in perpetuity by the law he authored.

In 1891 George John Campsen successfully petitioned the Town Council of Moultrieville (current Sullivan’s Island) to set aside land for a new lifesaving station on Sullivan’s Island. That land is now the site of the iconic Sullivan’s Island Lighthouse and Life Saving Station at Station 18 ½, and part of Fort Sumter and Fort Moultrie National Historical Park.

Chip’s grandfather, George E. Campsen Sr., graduated from Clemson Agricultural & Mechanical College (now Clemson University), which was a military college at the time. He was an engineer with the U.S. Army Corps of Engineers in Charleston and responsible for surveying, planning and developing the Intracoastal Waterway along South Carolina’s coast.

There is an interesting family anecdote here. Former Governor and U.S. Senator Fritz Hollings and Chip’s father, George Campsen, Jr., grew up together in St. John’s Lutheran Church in downtown Charleston. A shared faith and shared commitment to public service engendered a lifelong bond between the families.

At George Campsen, Jr.’s funeral Senator Hollings shared that George E. Campsen Sr. – Chip’s grandfather who was responsible for surveying and developing the Intracoastal Waterway – gave Senator Hollings his first job and signed his first paychecks. As a young teen Senator Hollings spent every other week of his summer break as the lowliest crew member aboard a Corps of Engineers survey boat somewhere along what was then a very desolate South Carolina coast.

Chip currently manages several commercial boat companies. During high school his summers were spent as a deckhand on tugboats and large passenger vessels. He obtained his a 100-ton U.S. Coast Guard Captains license at the age of 19, and spent summers during college, law school and business school captaining large passenger vessels. He has captained offshore fishing trips since his teens.

Chip’s two sons, George and Boyce Campsen, are the sixth generation of Campsen family Charleston seafarers. George is a Charleston Harbor Pilot, and Boyce holds a 100-ton U.S. Coast Guard Captains license. Both are accomplished professional offshore fishing captains and mates who have transited and fished much of the east coast of the United States, the Bahamas, Yucatan Peninsula, Gulf of Mexico, Costa Rica, Nicaragua and Australia. 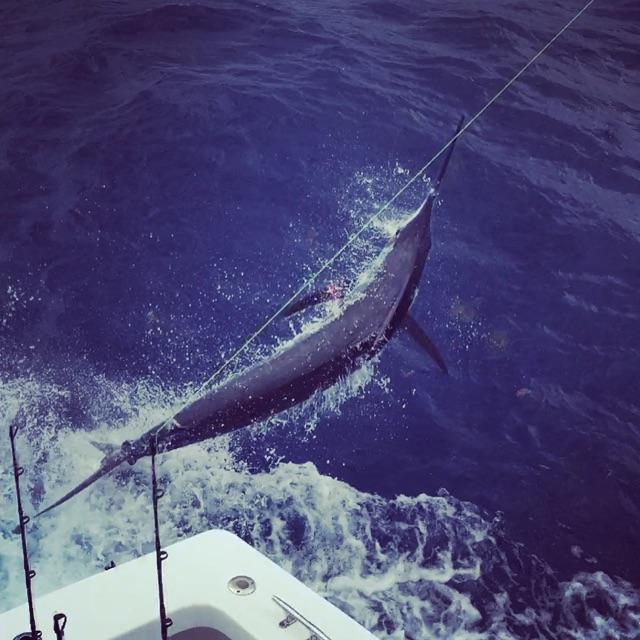 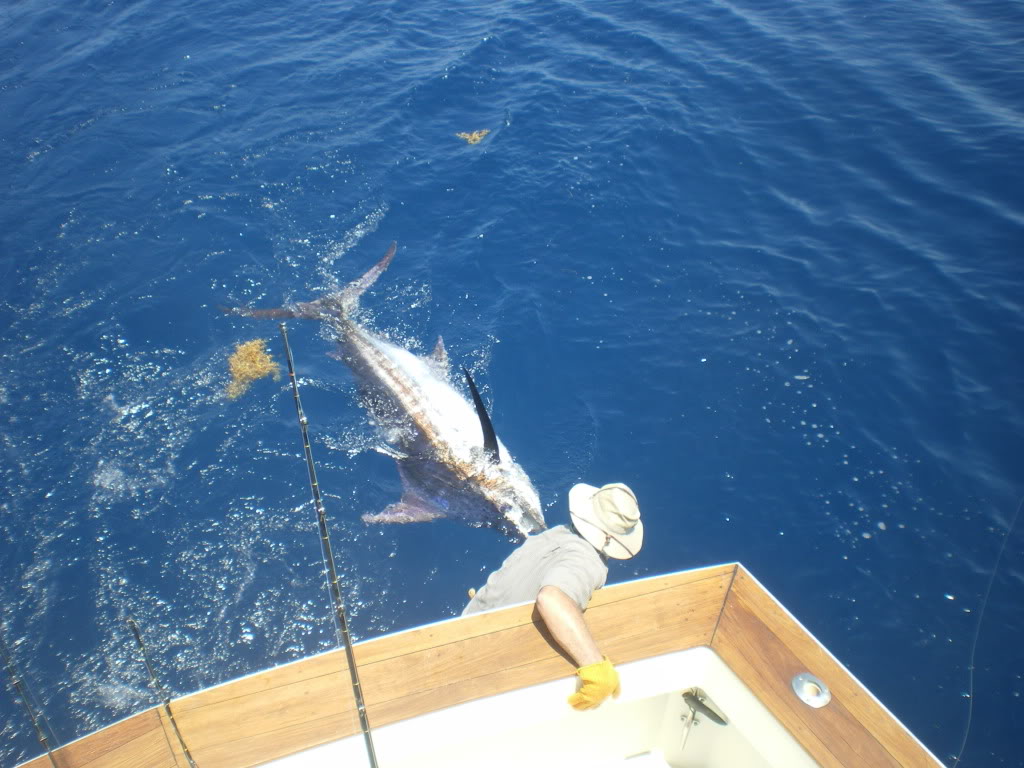 Senator Campsen revives a blue marlin before releasing it