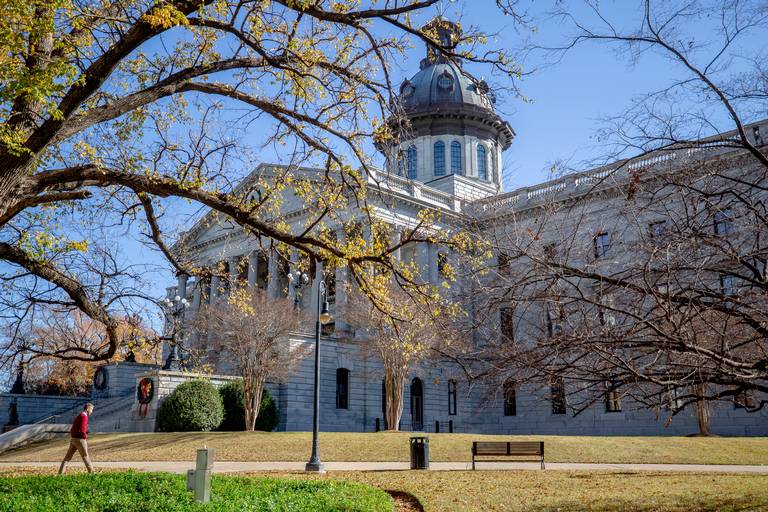 COLUMBIA, S.C.
State lawmakers are weighing whether to give South Carolina coroners the authority to test the blood of a parent or guardian when a young child in that person’s care dies.

On Wednesday, a state Senate panel advanced a bill to the Senate Judiciary Committee that would allow a coroner to petition a magistrate judge for a warrant for a blood test if they suspect a parent or guardian is under the influence when a child in their care age four or younger dies.

Allowing coroners that option would help determine whether parents were intoxicated while conducting death investigations, say victims advocates, who support the legislation. They add that dozens of cases of suspicious child deaths involve parents who under the influence of drugs or alcohol.

But law enforcement representatives pushed back on the bill, saying that coroners do not have the same training as law enforcement officers and could open up local police and sheriff’s departments to civil lawsuits.

“We are doing this for the benefit of children, not the benefit of adults,” said Hutto, who co-sponsored the bill along with Republican state Sen. Chip Campsen of Charleston. “This shouldn’t be developing into a turf war. We should be getting down to what happened to the child.”

Laura Hudson, the executive director of the S.C. Victim’s Assistance Network, said the bill would allow coroners to petition a magistrate judge for a warrant “as quickly as possible.” She said many of the roughly 260 cases of child death a year that the S.C. State Child Fatality Advisory Committee examines, about 40% stem from parents rolling over onto children in their sleep and injuring or suffocating them.

In many cases, she said, alcohol or drugs are involved.

“It is a problem,” Hudson said. “We have parenting under the influence.”

Once a child is discovered dead, investigators need to act quickly to test to see if a parent is under the influence before the alcohol or drugs work their way out of the parent’s system, Hutto said. In cases when a law enforcement officer is miles away, like what may happen in a rural county, it could take a long time for them to arrive at the scene, assess what’s going on and seek a warrant, he said.

“The coroner could have already been in front of the judge in that time period,” Hutto said.

Jarrod Bruder, the executive director of the S.C. Sheriff’s Association, said law enforcement officials worry about a coroners’ authority to participate in a law enforcement investigation, and what kind of civil liability issues the bill could create for police.

“We are taking on the liability for the search warrant,” Bruder said. “They’re suspected of a crime that we haven’t anything to do with.”

Bruder said in the best scenarios, law enforcement would work alongside coroners on an investigation.

“Child death investigations are nuanced, and not all coroners have the experience, knowledge and ability to investigate those,” he said.

S.C. Sen. Sandy Senn, R-Charleston, suggested amending the bill to add a section to give law enforcement immunity from lawsuits stemming from the warrant to draw blood.

“If somebody else has messed it up, they shouldn’t be responsible for it,” Senn said.

The amendment was later added to the bill.

Hutto pointed out that not all cases necessarily would result in criminal investigations. In some cases such as accidents, he said, the family may just need to be placed under the watch of the S.C. Department of Social Services. If law enforcement decided not to investigate the case, a coroner-requested blood test could be used in a DSS investigation or a Family Court case.

“If the coroners didn’t think they needed this, then they wouldn’t be asking for it,” Hutto said.

Lawmakers voted to pass the bill to the full Judiciary committee.