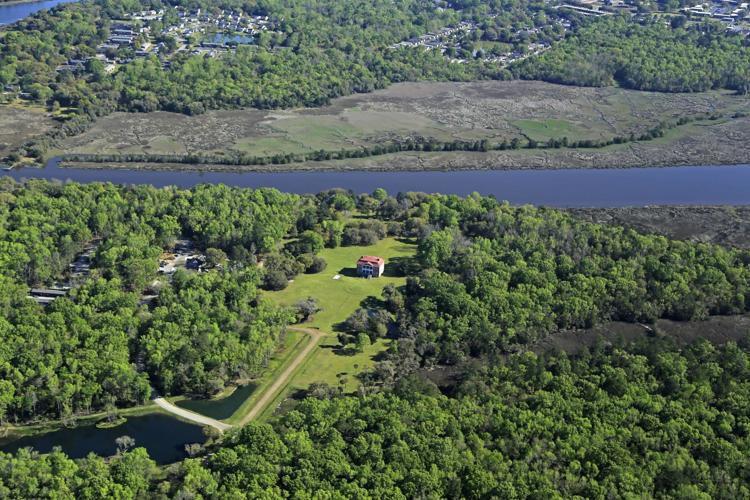 It is a refuge for thousands of shorebirds and seabirds, the birthplace of threatened sea turtles and home to other wildlife. All the while it protects near-pristine marshes and waters rich in fish and marine life.

It’s no wonder that Beaufort County has recognized Bay Point’s importance as a barrier island, wildlife habitat and place of scenic beauty by designating it as a “T1 Natural Preserve”— the county’s most restrictive rural zoning designation.

The county Development Code defines what that means:

“The Natural Preserve (T1) Zone is intended to preserve areas that contain sensitive habitats, open space and limited agricultural uses. This Zone typically does not contain buildings; however, single-family dwellings, small civic buildings or interpretive centers may be located within this zone.”

And yet developers are trying to turn a provision allowing consideration of “ecotourism” special use in T1 zones into a giant loophole.

Just last December the county said no because the resort proposal didn’t meet ecotourism use requirements.

But now the developer is back with a few minor tweaks to its original plan.

No matter what it calls itself, the development is an upscale resort.

It would include 50 multi-bedroom villas and 11 auxiliary buildings — including four spas and three restaurants — as well as septic fields, stormwater ponds and a solar power field.

Environmental damage from the resort would seep beyond Bay Point Island while the marshes between St. Phillips and Bay Point would be threatened with increased chemical, stormwater and septic runoff.

The contamination would degrade larval marine fish, crustaceans and bivalve stocks; it would also hurt the commercial and recreational marine fishery economies that benefit all of Beaufort County.

Sea level rise, storm surge and a water table fluctuating with the tides would almost immediately inundate the septic systems with saltwater, causing them to fail — a potentially disastrous event for the local environment and water quality.

And even if the septic tanks are not compromised, they will inevitably create problems because they cannot neutralize the full nutrient load of human waste.

This is the first time anyone has applied for an ecotourism special use permit in Beaufort County, and the decision will set an important precedent.

If this resort is constructed on Bay Point Island, it could open the floodgates to all other similarly zoned areas in the county.

Beaufort County’s Comprehensive Plan goes to great lengths to ensure development is carefully targeted in our existing urban footprint and rural areas are protected to the extent possible.

Allowing an isolated barrier island to open as a resort in the most rural portion of Beaufort County completely undermines those well-informed and strategic planning decisions.

There is a place for granting special use permits for real ecotourism: Beaufort County is already home to several valid ecotourism — including oyster farms, flower farms, kayak outfitters and St. Phillips Island, which is operated by the state’s Department of Parks, Recreation and Tourism.

A luxury resort, however, is inconsistent with the policies, goals and objectives of the Comprehensive Plan — and it is incompatible with the surrounding uses of the area.

The Zoning Board of Appeals should reject the proposal not just for Bay Point, but for all of the rural areas in Beaufort County that we have worked to protect from overdevelopment.