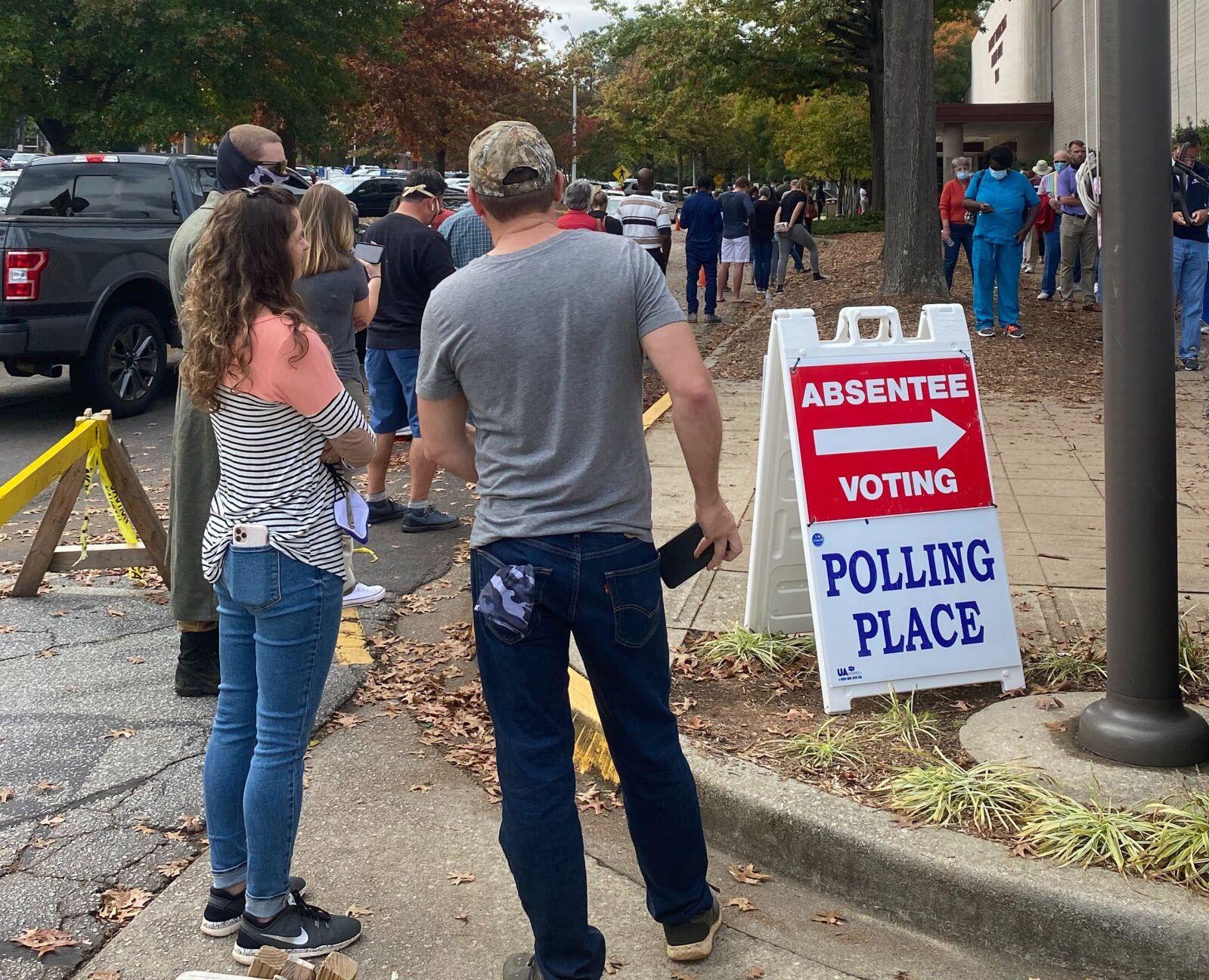 Today is primary election day in South Carolina. So is tomorrow, and the day after, for eight of the next 10 days. Our first-ever, non-pandemic early voting period means voting in the Republican or Democratic primaries should be easier than ever, and we urge everyone to participate.

In most contests in our state, these primaries will decide who takes office, so if you wait until November to vote, you’re less likely to have a say about who represents you in statewide office, in Congress, in the Legislature and even some local offices.

For awhile, it looked as if the Legislature was going to fail once again to make voting more accessible, but with the clock ticking toward the end of this year’s session, Sen. Chip Campsen and Rep. Weston Newton were able to break through a bizarre standoff between the House and Senate and push through a long-promised plan to transform Election Day from a single day to two weeks.

It was an imperfect compromise, but a compromise nonetheless — something that’s almost always better than either side getting everything it wants — and we all ought to be excited about today’s start of early voting.

Unless we’re committed to voting on the traditional Election Day — which we still prefer, for mostly sentimental reasons, but also just in case something bizarre happens at the last minute — we need to understand the new rules for early voting and the changed rules for absentee voting so we don’t get tripped up, particularly as election officials are getting used to the new regimen.

And our lawmakers need to pay close attention to how this all sorts out, with an eye toward making adjustments as needed to fulfill their noble promise of making it easier than ever to vote and tougher than ever to cheat.

It’s disappointing that legislators insisted on making universal early voting available only in person. Mail-in voting remains the cheapest and most efficient way to accomplish what has always for us been the primary reason (outside of a raging pandemic) to give voters more time to cast votes: to reduce Election Day lines, without having to spend ridiculous amounts of money on additional voting machines and poll workers.

Despite the persistently popular claims to the contrary, South Carolina’s mail-in voting system was never subject to massive fraud, and the security tweaks lawmakers included in S.108 make it even less vulnerable to instances of one person casting a vote in the name of another.

Disappointing too, that the Legislature actually reduced the number of people who may vote absentee, which is now available only by mail. It’s still open to everyone 65 and older, but it’s no longer available for government employees and people who have work obligations or who will be out of town, unless they’re unavailable during the entire early voting period.

Still, early in-person voting should shorten the lines on Election Day, which this year is June 14 for the primaries.

On the other hand, we tend to agree at least initially with a warning from the League of Women Voters of South Carolina. It’s advising us not to mail in our votes but instead to cast them in person, since voting in person is far less likely to involve a mistake that would get the vote tossed out.

We also advise patience at early voting sites. Although state law allows counties to open as many as seven early voting locations, the short turnaround between Gov. Henry McMaster’s signing the bill on May 13 and today’s voting start means that most counties plan to open only one site for the primaries. Among those will be Charleston County, which is offering early voting at its election office at 4367 Headquarters Road in North Charleston. On the other end of the spectrum, Richland and Florence counties plan to open five locations each.

Legislators must watch to ensure that the counties open enough polling places in future elections to meet the demand without requiring people to wait in line for hours. If such lines get out of control, the Legislature should either extend the time for early voting, require a minimum number of locations in each county, or allow more of us to cast our ballots by mail. The political opposition to that should decrease once people become familiar with the new provisions in our law that make even it more difficult for anyone to mail in a fraudulent ballot.

Lawmakers also need to watch the time it takes for election officials to tabulate absentee ballots after the polls close on June 14. The House had voted to let officials start that counting earlier; while the new law allows in-person votes to be tabulated shortly after they’re cast, the Senate refused to allow any extra time for the mailed ballots. Lawmakers should be prepared to go back and allow an earlier start if this causes the long waits for election results that many fear it will.