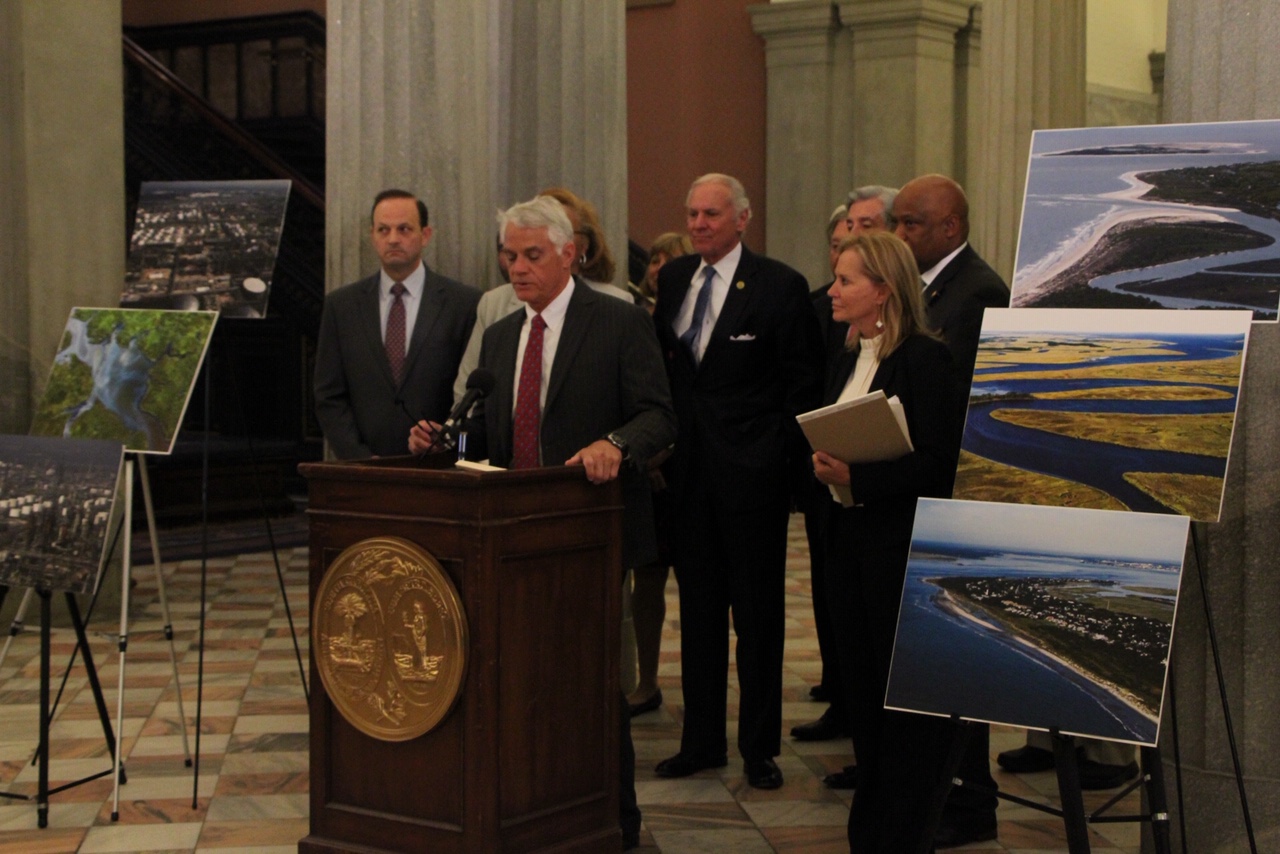 A maritime industry executive, Senator Campsen has spent time in the Gulf of Mexico where offshore drilling is prevalent. “I know first-hand that offshore drilling would require massive industrialization of our coastline,” Senator Campsen said. “I also know like the back of my hand most of South Carolina’s magnificent coast. I’ve spent a lifetime hunting, fishing, and surfing it-and a legislative career protecting it. I can personally attest there is no place on our coast where the onshore infrastructure needed to support offshore drilling is appropriate.”

Senator Campsen’s proviso decisively passed the Senate by a vote of 40 to 4. The House of Representatives and Governor McMaster concurred. It becomes effective for the upcoming fiscal year on July 1st.

Senator Campsen offered his budget proviso to break a legislative impasse on offshore drilling, and to assure protections were in place before the legislature adjourned earlier this month. In light of overwhelming support for his proviso, Senator Campsen predicted, “When the General Assembly re-convenes next year we will pass a permanent ban, or my same proviso in the 2020-21 budget.”

As for why he didn’t sit back and wait for Congress to act, Senator Campsen said, “We can’t rely upon Congress to protect our coast. There’s nothing but gridlock in D.C. In passing my anti-drilling proviso South Carolina took control of its own destiny. Republican and Democrat alike, we exercised leadership while Washington dithered.”

Senator Campsen finished with a quote from John Sawhill, past President of The Nature Conservancy, “A society is defined not only by what it creates, but also by what it refuses to destroy.”

“By refusing to destroy South Carolina’s magnificent coast we define ourselves,” Senator Campsen reflected. “We are a society, a people firmly committed to preserving our coastal resources and quality of life for generations to come. I am so proud of my colleagues in state government.”

Elected to the South Carolina Senate in 2004, Senator Chip Campsen represents approximately one-half of South Carolina’s coast. His district includes coastal areas in Charleston, Colleton, and Beaufort Counties. In addition to serving as the chairman of the Senate Fish, Game and Forestry Committee, he serves on the Agriculture and Natural Resources, Judiciary, Legislative Oversight, Rules, and Transportation Committees.

Senator Campsen has been a leading opponent of drilling in the Atlantic since it was proposed in 2015.