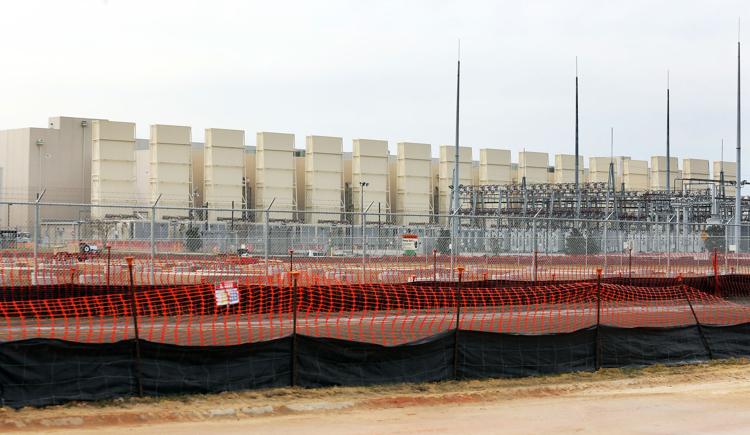 In an extraordinary move, a leading local review committee has sided with Mount Pleasant Waterworks over the internet giant Google in disputes over how much groundwater the state says each can use.

Whether state regulators pay any attention is still to be decided.

The Technical Advisory Committee of the Berkeley-Charleston-Dorchester Council of Governments voted to support the Mount Pleasant utility on its proposed compromise to a draft state permit that severely cut its future groundwater withdrawal.

The committee voted nearly unanimously to deny Google its proposed withdrawal. However, its members, who represent the public along with business interests, can only make recommendations about proposed regulations. It normally approves DHEC proposals.

The recommendations are no more than that, S.C. Department of Health and Environmental Control staff told the members at the meeting Monday.

“How do you choose computers over people?” he said.

The committee votes that were in opposition to the proposed permits were “very unusual and DHEC should factor that in, or else the various public input the (state law) statute provides is meaningless.”

Toomey responded to Campsen in a letter Tuesday that said the committee’s comments would be taken under consideration.

Groundwater is a concern because residents and industry in South Carolina already are drawing it from wells faster than it can replenish below the surface. The levels are dropping in many of the monitoring wells and have never really recovered from the drought 20 years ago, according to state monitors.

The drop in groundwater, along with more pressure on surface water supplies, has the makings of a water crisis.

Google wants to be able to pull an additional 500 million gallons per year from the aquifer, enough per day to fill three Olympic-sized swimming pools. The water would be at least a backup to cool servers installed for its $600 million service center expansion, which is already under construction.

A utility waterline is under construction that would provide that much surface water to the company — at a cost.

The waterworks had asked to increase to about the same volume as Google for what it could pull for future use. After DHEC cut that volume by more than half, the utility came back with a compromise of a 30 percent reduction.

DHEC also rejected that, saying the waterworks already buys some water from Charleston Water System and could buy more.

Waterworks general manager Clay Duffie said he doesn’t expect DHEC to change the 57 percent reduction before it issues a final permit. That permit would be reviewed by the agency board and could potentially be challenged in state courts.

Emily Cedzo, the land, water and wildlife program director for the Charleston-based Coastal Conservation League, said the league is “assessing all our options” if the Google permit goes ahead. The league has opposed issuing the permit without restrictions.

The DHEC cuts to the waterworks are totally unacceptable, Campsen said.

“I don’t see how they can look at one of the fastest growing communities in the country and come up with a 57 percent reduction. I’ll take this as far as needed,” he said.