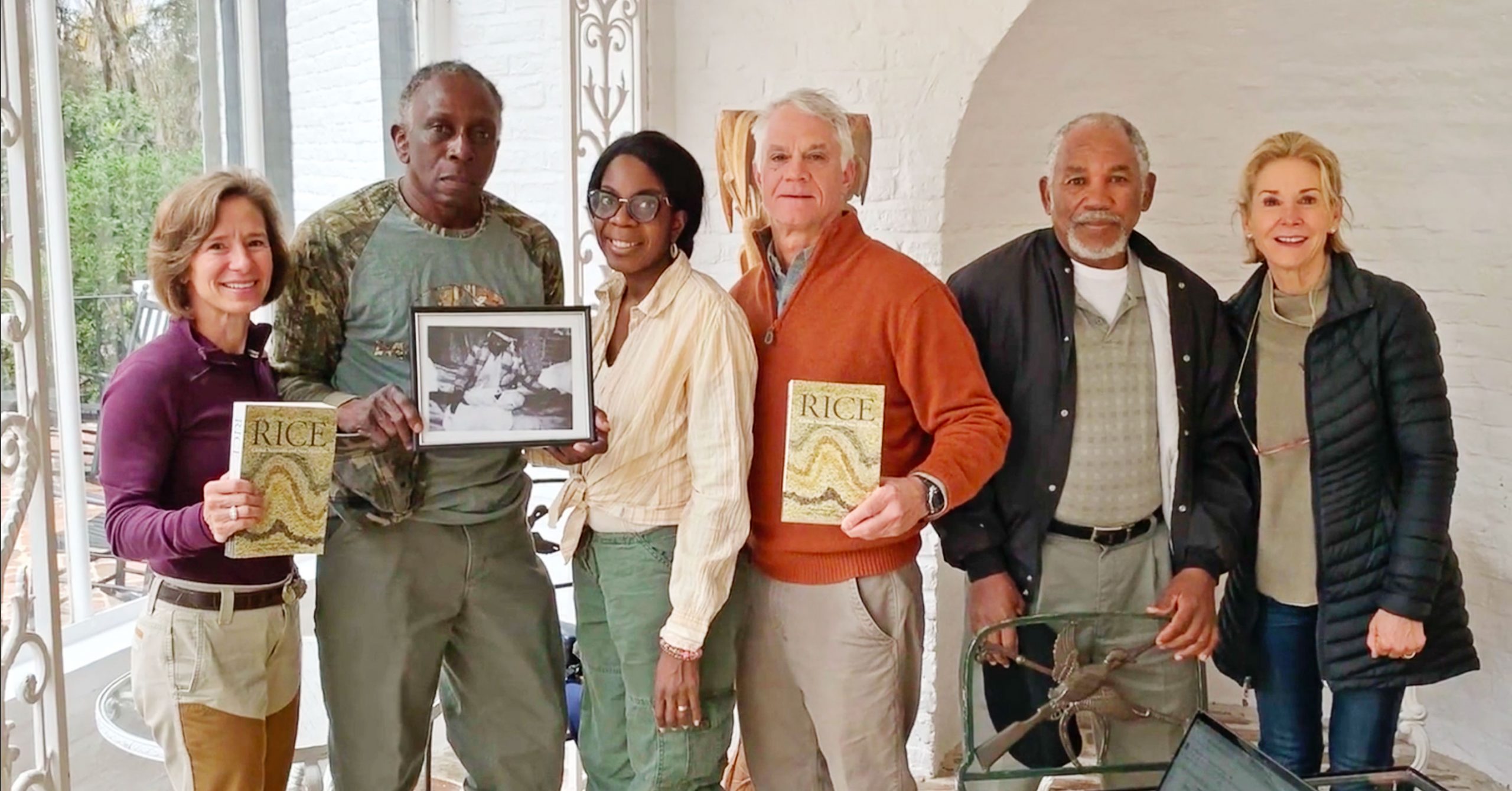 Dr. Fields-Black is a history professor at Carnegie Mellon University, with roots in the ACE Basin. She is writing a history of the June 2, 1863, Combahee Ferry Raid in which over 700 African-American slaves were freed by two Union gunboats under the command of Col. James Montgomery. The raid was led by Harriet Tubman, often referred to as “the Moses of her people” for tireless efforts to free slaves through the Underground Railroad.

Lalla Lee and I arranged for Dr. Fields-Black to record oral history from Arthur Williams of Dale, Beaufort County, whom we have hunted with for decades; and, Charles Fields of Green Pond, Colleton County. Charles is the son of Lucille Fields Grant who has been a friend of our family for decades.

Lalla Lee led Dr. Fields-Black deep into the forest to grave stones of participants in the Combahee Ferry Raid. Dr. Fields-Black became emotional when she discovered gravestones of leaders of the raid whom she has been researching for years.

Most touching of all was when our respected friend, Arthur Williams, shared the photograph of his great-great grandmother, Rebecca Simmons, who was freed in the raid. She was taken to Tabernacle Baptist Church in downtown Beaufort, which was under Union control at the time. Rebecca Simmons ultimately made her way to Edisto Island where she lived the remainder of her life as a freed woman.

A very meaningful experience for all!