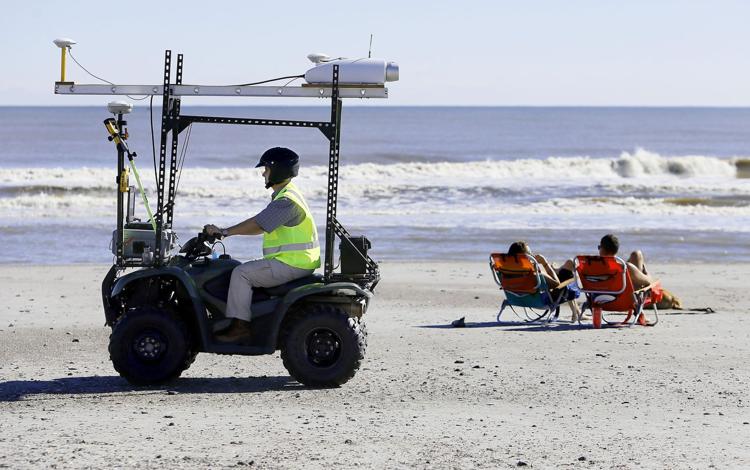 President Donald Trump, a longtime proponent of offshore drilling, threw everyone an election season curve ball at a Jupiter, Fla., campaign appearance on Tuesday, Sept. 8 when he extended a moratorium on drilling off the coasts of Florida, Georgia and South Carolina.

“This protects your beautiful Gulf and your beautiful ocean, and it will for a long time to come,” Trump said in a speech in which he touted his environmental record.

“Offshore drilling is a threat to our coastal economy, quality of life and magnificent natural resources,” Senator Campsen said in a release. “The Lowcountry’s voice was heard loud and clear today in the White House’s 10-year moratorium on offshore drilling and seismic testing.”

The move also drew positive reaction – and caution – from others from South Carolina.

“South Carolina is blessed with the most beautiful and pristine beaches, sea islands, and marshes in the nation. Seismic testing and offshore drilling threatens their health and jeopardizes the future of our state’s $24 billion tourism industry,” S.C. Governor Henry McMaster said in a release. “(Tuesday’s) announcement is good news, but we must remain vigilant in the conservation and preservation of our coastline.”

“I want to thank the Trump administration for listening to our concerns and announcing this moratorium,” S.C. Attorney General Alan Wilson said. “We had sued the federal government to protect South Carolina’s coast from oil and gas exploration and drilling. This is a step in the right direction and we will remain vigilant in protecting South Carolina’s coast and economy.”

“President Trump’s announcement of a ten-year moratorium on offshore drilling activity off the coasts of South Carolina, Florida, and Georgia is a clear result of constant pressure from coastal communities like ours who have made it abundantly clear that offshore drilling is dangerous, unwanted, and a threat to our economy and way of life. I’m glad to see the Administration listen to the will of the people,” Rep. Joe Cunningham (D-S.C.) said. “But make no mistake, as quickly as the president changed his mind on offshore drilling two months before an election, he could change his mind right back the day after the election. The only way we can make sure our coasts are safe for future generations and give coastal communities the certainty they deserve is to pass my bipartisan legislation to permanently ban offshore drilling.”