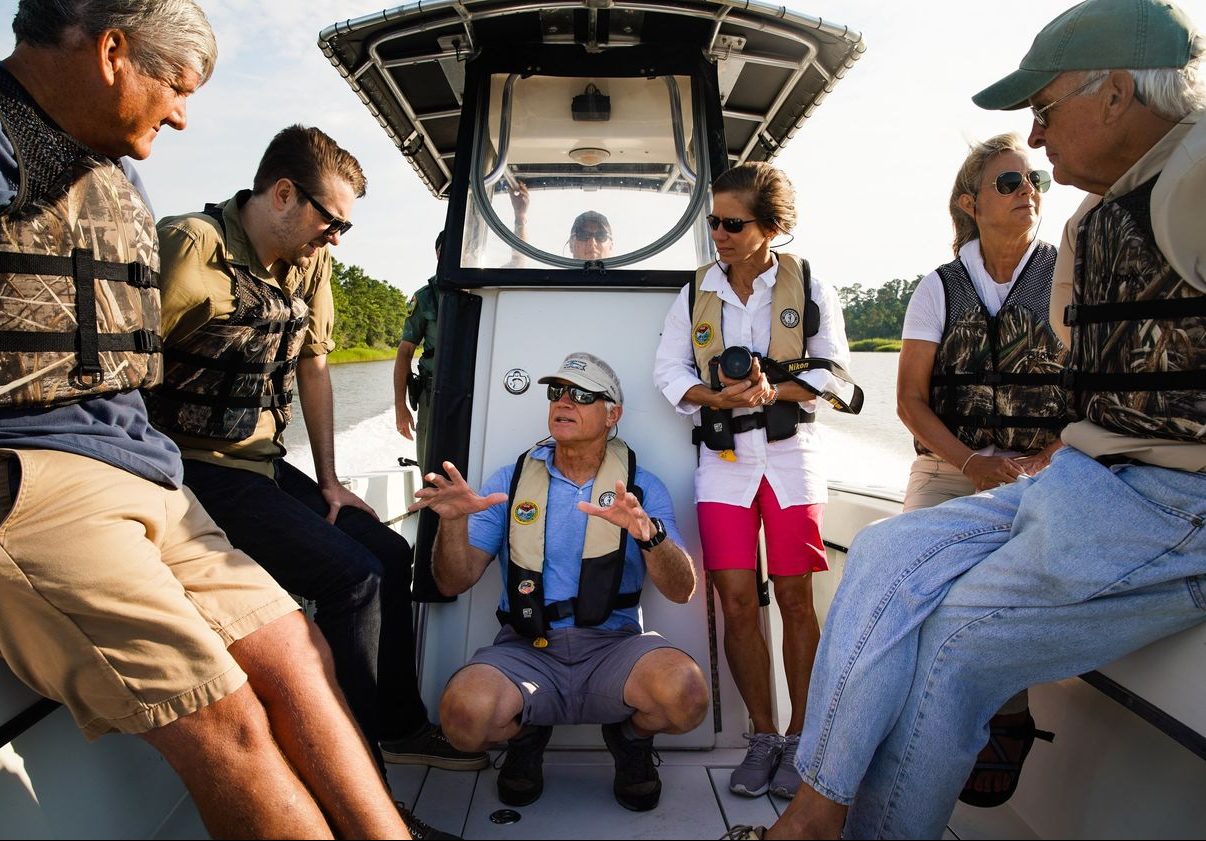 CHARLESTON, S.C.—The wake from Chip Campsen’s fishing boat has rippled all the way from the South Carolina coast to the White House.

Mr. Campsen is a Republican state senator and dedicated supporter of President Trump. He parts ways with the president, though, when it comes to drilling for oil in the waters his family has plied for decades, running tour and charter boats out of Charleston Harbor.

Mr. Campsen has taken friends and adversaries in South Carolina politics on boat rides along the coast, around beaches dappled with turtle tracks and past pelicans diving for fish. His message: Oil drilling could ruin it all.

“There’s no place for it,” he said. “It’s simply incompatible.”

What has caught the Trump administration and some in the oil industry off guard is just how widely those views have become shared among Republicans, far beyond people like Mr. Campsen who might be expected to defend a family business.

Mr. Trump campaigned on a promise to boost domestic energy production, and in January 2018 his Interior Department proposed allowing oil rigs along nearly all of America’s coastline. That was a nonstarter in West Coast and Northern Atlantic states that lean Democratic. But advocates expected that heavy support for Republicans in the Southeast would translate into heavy support for the oil industry, which had made coastal waters there its priority, along with Alaska.

Instead, Republican leaders up and down the Southeastern seaboard have pledged to put the beauty of the coastal waters above the U.S. thirst for oil, posing a formidable obstacle to any expansion of offshore drilling.

The administration’s drilling plan now is sidelined, with Interior Secretary David Bernhardt saying this spring that opposition from coastal states was an impediment, along with a court ruling that blocked expansion of drilling in the Arctic.

The administration’s energy policies risk falling out of step with a rising number of rank-and-file Republican and independent voters concerned about environmental issues. Seven years ago, 86% of Republicans supported expanding offshore drilling, according to a survey by Pew Research Center. That fell to 68% in a new Pew poll published Monday.

Offshore drilling is one of the few areas where Republican politicians have shown a willingness to defy Mr. Trump. In September, 12 House Republicans voted for a permanent ban on drilling off the coast of the continental U.S., and 22 voted for a separate bill that would extend a moratorium for coastal Florida.

Rep. Buddy Carter of Georgia is among Republicans who have shifted positions. He backs a moratorium on drilling off the Georgia coast after the Georgia House of Representatives voted to oppose oil and gas exploration on the state’s coast. In Virginia, the General Assembly supported offshore drilling in the past, but this year it has seen a bipartisan push to block drilling. In Florida, Republican lawmakers, including several Trump allies, have personally urged the president to drop an offshore expansion.

The state’s Republican-controlled General Assembly recently passed a budget that included a proviso effectively blocking offshore-drilling interests from working in the state for a year.

State Attorney General Alan Wilson, also a Republican, joined several South Carolina municipalities that, along with Democratic-led states, are suing the Trump administration in an effort to block any approvals for offshore seismic testing.

“I’ve never seen anything quite like it in our state,” said Amy Armstrong of the South Carolina Environmental Law Project, who is handling the lawsuit for the coastal municipalities.

Public opinion once friendly to offshore drilling shifted as oil prices sank. Horizontal drilling and hydraulic fracturing had cracked the oil markets. Crude oil prices have fallen more than 60% from their peak as U.S. production surged.

Some who supported drilling off the Atlantic coast, such as South Carolina’s Gov. Nikki Haley, were succeeded by officials who didn’t, such as current Republican Gov. Henry McMaster. Rep. Joe Cunningham (D., S.C.) credits his opposition to offshore drilling, which won the support of local Republicans, for his 2018 victory in a Charleston-area congressional seat last represented by a Democrat when Jimmy Carter was president.

And some, such as GOP Rep. Tom Rice, switched positions. “The fracking boom has changed everything,” Mr. Rice said. “‘Drill, baby, drill’ has a lot more oomph behind it when oil’s at $140 a barrel and going up than it is when it’s at $55 a barrel and going down. So yeah, I’m against offshore drilling.”

Mr. Trump wasn’t among those with second thoughts. He told his administration to find ways to boost oil production. He found an eager partner in oil companies, concerned about what could happen when the supply fades or can’t meet rising demand.

The American Petroleum Institute activated its local pitchmen throughout the Southeast. The trade association said it focused on groups it believed would value the economic benefits of offshore drilling. It hired former Navy Secretary and Virginia Sen. Jim Webb to lead a regional coalition stressing jobs and energy security.

Drilling opponents, however, had already mobilized, roused in part by environmental activists such as Peg Howell, of Pawleys Island, S.C. who says she leans Democratic.

Ms. Howell, 64, once supervised crews on offshore oil rigs in the Gulf for Chevron Corp. Sheens of oil and chemicals around rigs spurred her to switch careers, she said. In 2015 she helped form a group called Stop Offshore Drilling in the Atlantic, or SODA. As she circulated petitions and spoke at meetings, Ms. Howell noticed that her message resonated with bipartisan audiences that included business owners and Republican officials in coastal towns.

One place she found allies was Georgetown, S.C. The city has one of the state’s few industrial ports, and industry cheerleaders touted its potential to become an oil boomtown. But many feared what that might mean for a small city dependent on the water, where old-style saloons and crab shacks line a downtown boardwalk over the Sampit River, turtles paddle around its pilings, and pleasure boats line its riverside.

“We know how important this resource is to us, and we just cannot risk screwing it up,” said Carol Jayroe, a local real-estate agent and a Republican city-council member.

When John Algary, a 54-year-old business owner living in the interior of South Carolina, drove to the coastal Grand Strand for a vacation early this summer, he noticed that gasoline cost just $2.18 a gallon, barely more than half what it was here when prices peaked in 2008. Mr. Algary voted for Mr. Trump and expects to again, but he said low energy prices make him think the administration should back off its push for offshore drilling.

Mr. Campsen, the Republican state senator who gives boat tours, said Republicans often have a knee-jerk reaction when it comes to the environment, figuring that “if the Coastal Conservation League or the Sierra Club is for it, I’m against it.”

It is one of the reasons he did the boat tours, to educate. He said he often brings along biologists and program managers from state government or local conservation groups to take questions and do most of the talking about the region’s wildlife and threats faced from development. Some of the rides are organized field trips. Others are less formal fishing or political trips with other lawmaker friends.

It was Mr. Campsen who, this spring, introduced the state Senate budget proviso to block offshore drilling, a bulwark for the state against whatever theTrump administration does.

Statehouse Report, which covers the capital, dubbed the legislative session the “surprising ‘year of the environment.’” The governor and the state House of Representatives approved the ban as part of the budget after the state Senate voted for it by 40-4.