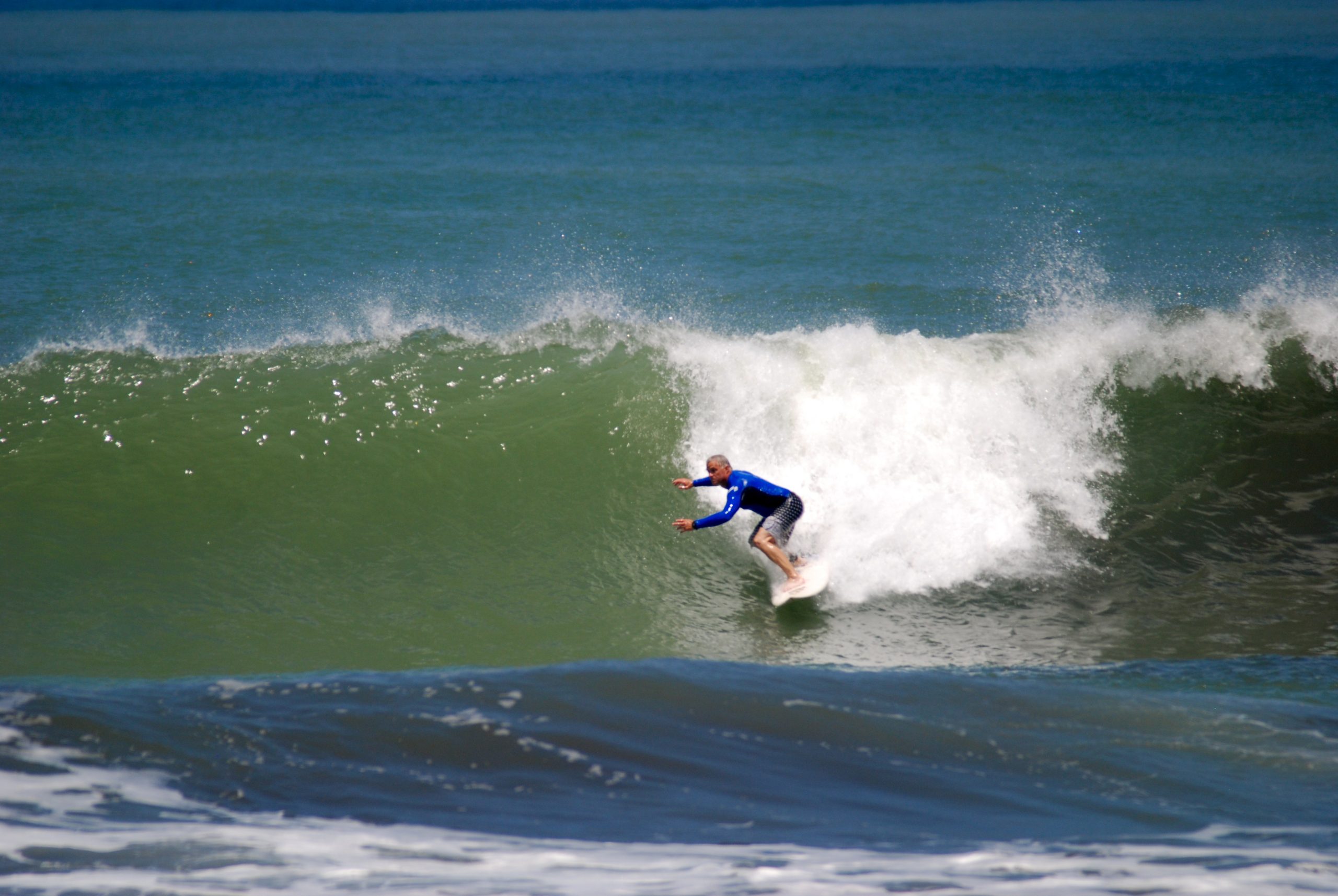 Whether it’s setting legislative priorities, proposing a bipartisan bill or catching a wave, S.C. State Senator Campsen has what it takes.

Senator Chip Campsen is a perfect example of the phrase “still waters run deep.” This state senator has a reputation for productivity and speaking out when necessary, but he doesn’t court the spotlight. During his tenure in the South Carolina State Senate, he has been a wise and some might say prescient voice. He was the only senator to vote against the Base Load Review Act, a law that led directly to the $25 billion V.C. Summer Nuclear Plant debacle and the higher power bills South Carolinians will pay for decades to come. As an outdoorsman and conservationist, he has also championed alternative energy, in particular solar, well before it was something his party was willing to consider.

So where does Senator Campsen get his measured wisdom and his powerful productivity? One source is Edmund Burke, a UK Member of Parliament and member of the House of Commons in the late 1700s. Burke was also a political philosopher — the greatest ever, according to Campsen: “He single-handedly kept the French Revolution from spilling over into Great Britain and the rest of Europe.”

Burke was a strong believer in traditional institutions of culture curtailing human behavior, in particular where laws cannot. The difference between the French and American revolutions, Campsen says, is that America “held in deference the institutions that came before it,” but the French Revolution destroyed everything that had come before to start from scratch. “It ended in disaster,” accord- ing to Campsen. “I see elements akin to the French Revolution at work in this country in both the right and left, particularly this year. So I think we need to have a return to the ideal of paying deference to what’s gone before us — making improvements on the margins over time but respecting the separation of powers doctrine, federalism, things that limit government, institutions that govern the ungovernable, the family and church and civic groups, these little democratic organizations.”

Thus our problem as a nation is cultural, not political, although it manifests itself in the political realm. Campsen thinks about it like natural selection. He makes the comparison to turkey hens and poults he sees on a hunting- property he owns and manages. The poults do exactly what their mother does — but what if one of the poults decides to go off on its own? “It might last two hours,” Campsen says. “That hen is the repository of the collective wisdom of all of ‘turkeydom.’ Natural selection has made her so. She has survived by mimicking what other turkeys before her have done. Institutions and value systems that have been handed down to us are the repository of the collective wisdom of the ages, and we cannot discard them with impunity.”

This philosophy informs his plan for the 2021 legislative year, and his top issues are likely to resonate with voters; his top priority involves state and local governments’ COVID-19 response during the past year.

But with the state of emergency continuing for months, the stress points of the law were revealed. “Often it’s impossible for the legislature to act,” Campsen explains. “There are times we are not in session and cannot come into session. Right now the legislature has no ability to effect a state of emergency because of the way the current law is drafted.” This leaves too much power in the hands of the executive branch of government.

Campsen has, therefore, introduced the Emergency Order Balance of Powers Act, which would not require the state legislature to sanction a state of emergency but would introduce the power to terminate it. He says Governor McMaster is supportive of this bill and wants to work together on getting it passed.

“It’s important that the governor have emergency powers and not the legislature,” Campsen says, citing John Locke’s Second Treatise on Government, which argues that emergency powers are vested with the chief executive because he or she has a singular will, unlike the legislative body. “It takes us a while to decide on anything, so you really do need the chief executive vested with emergency powers, but if those powers are abused or unwarranted then the legislature can step in and terminate the state of emergency. That’s part of the checks and balances between the two branches. It’s really the separation of powers that preserves liberty. You don’t concentrate political power; you diffuse it.”

A subcommittee to look at this issue has been formed, but Campsen says it’ll take time and effort. “We have a lot of debates about how some of the local governments exercised their emergency powers during the past year. When it comes to local government exercising emergency powers, this area of law is actually very sparse. Overall this is a big piece of government restructuring.”

The Beachfront Management Reform Act is another of Campsen’s sponsored pieces legislation. He authorized the bill in 2018 requiring SCDHEC’s Ocean & Coastal Resource Management (OCRM) to reestablish the jurisdictional lines that determine how far development can reach.

“I was very proud of that piece of legislation,” he says. “We had not a single dissenting vote – property owners, environmentalists, legislators all agreed.” A blue ribbon committee was set up to determine how to get a better primary dune definition and to establish a baseline when an extensive stable dune system exists but is not big enough to be a primary dune, which usually sets development boundaries. “That bill is in subcommittee now, the final tweak of the whole reform act movement. It’s very important to the public that enjoys the beach and to the property owners whose rights are affected.”

And when it comes to the natural habitat, solar energy is always on the senator’s radar. He’s most excited about the potential for solar farms to become wildlife habitats, marrying the Lowcountry’s passion for conservation with a passion for green energy in a way that reduces costs to solar farm owners. Most solar farms are hundreds of acres and require expensive and environmentally unfriendly mowing of grass or placement of gravel. The Department of Natural Resources has developed techniques that will allow solar farms to be certified as wildlife and pollinator friendly habitats. Small wildlife can eat and build a habitat

in certain grasses that will not interfere with the solar panels, making these farms doubly productive.

And speaking of energy, Campsen remains concerned about Santee Cooper’s future. As he has written in multiple op-eds, he is neutral on the issue of selling the utility company or allowing it to continue under its own restructured management, preferring to allow competition between purchase and management offers and Santee Cooper’s own reform plan.

“Dan Ray took advantage of historically low interest rates and did a pretty sophisticated transaction that only someone like him could conceive and reduced their debt service dramatically. I don’t know why he’s being criticized.” Less debt makes Santee Cooper more appealing to prospective buyers as well as more viable on its own.

Campsen, as a lawmaker, returns to fundamental constitutional principles of limited government, division of power and individual liberty, along with respect for tradition, values and institutions. He says as a country, together, America needs to return to these as well.

This is not to say we don’t change, he cautions. “There needs to be change, but slow, gradual change over time. Republicans and Democrats alike are guilty of not respecting the institutions handed down to us by our forefathers. Some of it is bad, but some of it is collective wisdom of the ages. We discard and reject it at our own peril. It’s the height of arrogance to think you can remake humanity and human institution in one generation.”