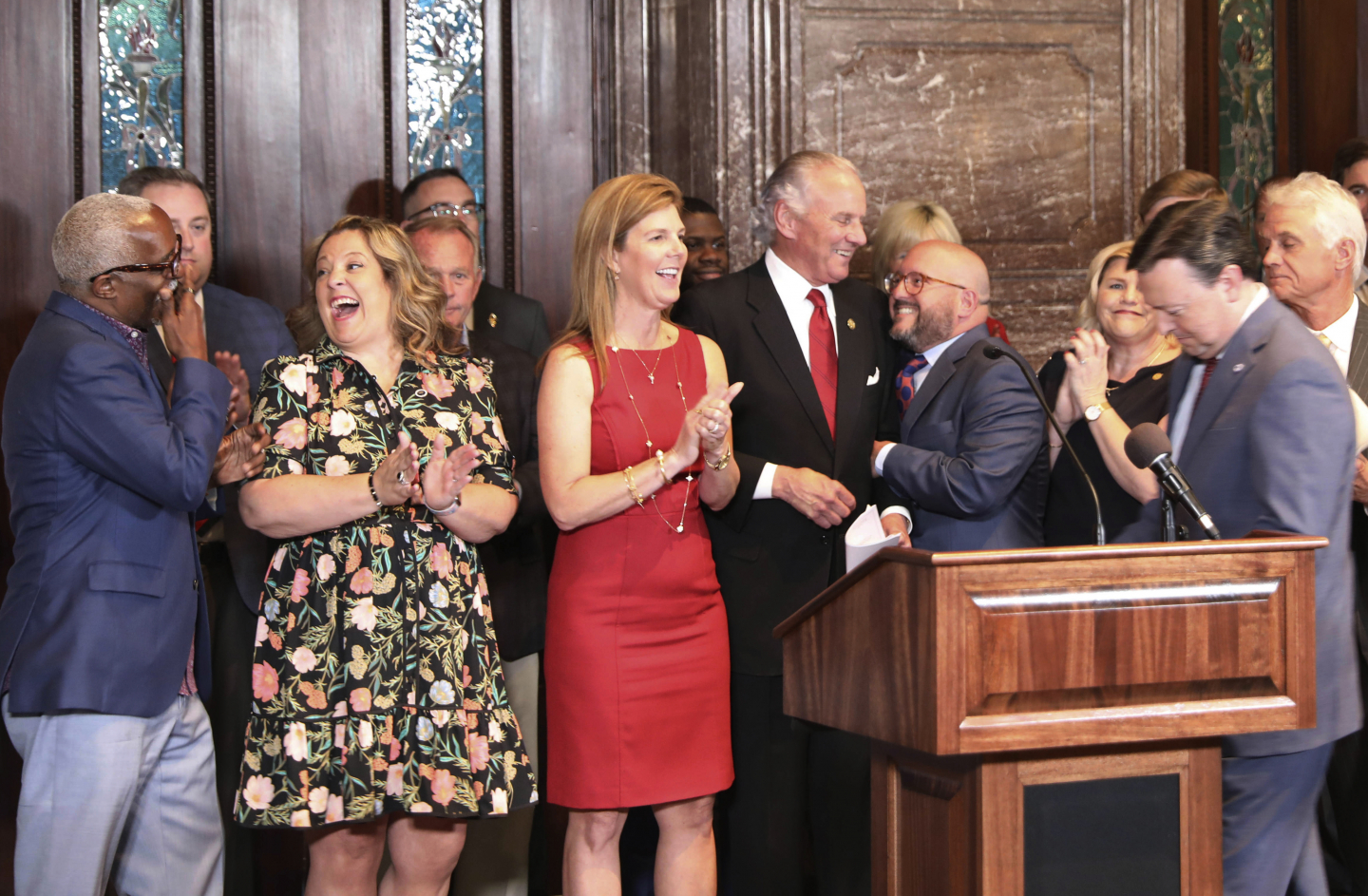 People across South Carolina have much to celebrate with the Palmetto states’ successful primary election, the first conducted after Republicans and Democrats came together to pass comprehensive voting reform that has expanded the opportunity to cast a ballot, while making that ballot more secure.

South Carolina should serve as a model for the nation. The two major political parties in South Carolina came together and tackled a difficult topic that is roiling other states.

While other state legislatures often have been divided into two camps on election integrity, South Carolina’s General Assembly has proved that expanding early voting and combating fraud can be done at the same time.

Republican Gov. Henry McMaster quickly signed the bill into law, calling it a “major victory for those who believe in free and fair elections.”

“It makes it easier to vote and harder to cheat – making our elections more secure and protecting us from the election day disasters we saw nationwide in 2020,” McMaster said in a tweet after the signing.

A just-released poll authorized by the South Carolina Policy Council, which randomly sampled 606 likely S.C. voters, found that four out of five voters responded positively toward the new law, with a 92% and 59% approval rate among Republicans and Democrats, respectively.

The poll also found that 76% of voters feel positive about the new law’s potential effect on elections.

There is overwhelming bipartisan support for the law, which GOP legislators have pointed out is now one of the strongest in the nation.

Among other things, the new law expands voting access by:

Anyone who voted or attempted to vote fraudulently, or to have helped someone else do so, will be guilty of a felony if convicted – up from a misdemeanor – and face a fine ranging from $1,000 to $5,000 and a maximum five-year prison sentence.

“This bill made it easier to vote but harder to cheat,” said Sen. Campsen when contacted recently by The Nerve – an online publication of the South Carolina Policy Council. “And so, when we combined those two components, I think that was the key to getting bipartisan support like we did.”

Campsen, an attorney from Charleston, pointed out that lawmakers received “a lot of input” from state and local election officials to “make sure practically that we’re not putting into law something that can’t be implemented for one reason or another.”

by what was known then as the Carter-Baker Commission, led by former President Jimmy Carter and ex-Secretary of State James Baker.

“I’m pretty confident that what we crafted is going to work.”

“All in all it’s a good bill,” said Democratic Sen. Dick Harpootlian, a Columbia attorney who voted for the final amended version, when contacted recently by The Nerve, the SC Policy Council’s journalism project.

“I’m impressed with some of the outreach that’s going on among moderate members of both parties who aren’t looking to rattle the partisan primary sabers.”

When told that the law “allows two weeks of in-person early voting, tightens rules for voting by mail, strengthens criminal penalties for voter fraud and requires auditing of election results,” 80% of S.C. voters say they approve. Only 14% disapprove.

92% of GOP voters and 59% of Democrats approve of the measures, along with 83% of independent voters.

An astounding 80% of Republicans, 66% of Democrats and 78% of independent voters believe South Carolina elections will be fair and accurate.

South Carolina lawmakers and Governor McMaster have shown the nation it is possible to find bipartisan support by expanding ways to vote, while also making elections more secure and greatly increased confidence in the results. Other states should take notice.

Dallas Woodhouse is the Executive Director of the South Carolina Policy Council.