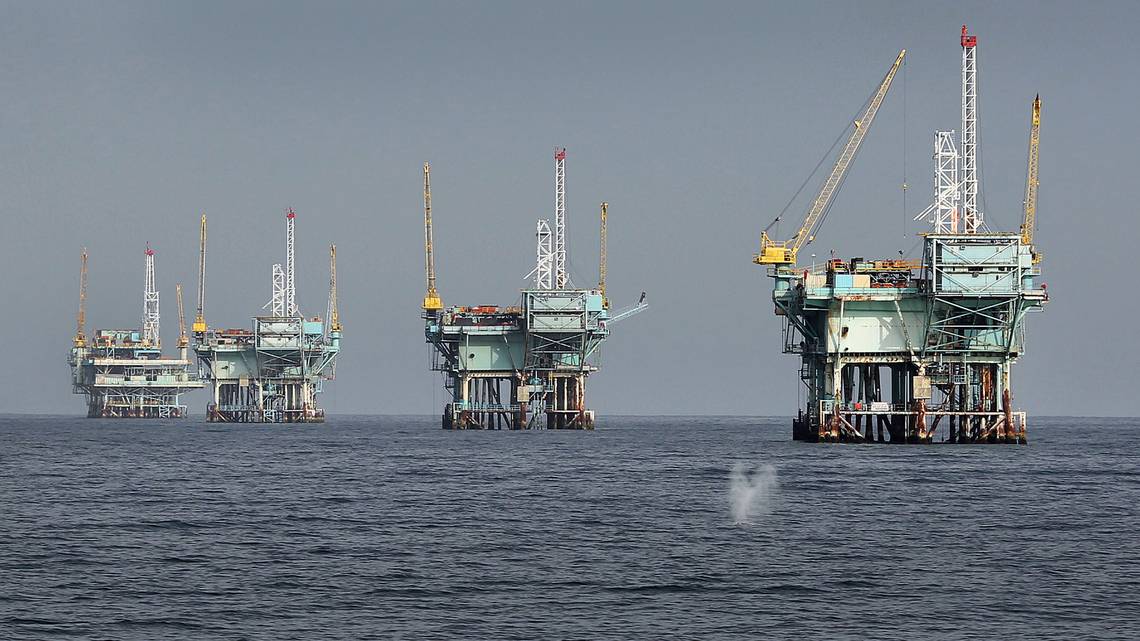 A plan to stop offshore drilling along the South Carolina coast sailed through a Senate subcommittee Wednesday as momentum builds to halt what many consider a threat to the environment and tourism.

The agriculture committee panel voted 4-1 for a bill preventing state regulators and local governments from issuing permits the oil industry needs to build pipes, refineries or other facilities to support offshore drilling, as well as giving any approval that allows for oil and natural gas exploration.

The Legislature OK’d a temporary measure last year aimed at preventing drilling, but the new bill makes the ban on infrastructure permanent. The House has a similar bill that did not pass last year.

The bill technically can’t stop the federal government from allowing drilling three miles or more off the coast, but it is intended to make that impractical because the oil or natural gas could not be piped from offshore to South Carolina. If drilling did occur, the bill would prevent industrialization of the coast line, supporters of the legislation say.

Sen. Chip Campsen, R-Charleston, said the country has plenty of oil and doesn’t need to pull more from the South Atlantic coast.

““If we really had an oil crisis and crunch, it would be a different story,’’ Campsen said. “But we are awash with oil.’’

“Listen to your constituents and not big oil,’’ Carroll told senators.

Offshore drilling is a hot topic in South Carolina, particularly among coastal communities. Virtually every local government on the coast has come out against drilling because of concerns that oil spills could hurt tourism and seismic testing, the method used to find oil and natural gas, could harm marine life, such as dolphins and fish.

The president wants to allow offshore drilling in an effort to increase oil production, seen as a way to make the U.S. more energy independent. But critics say drilling isn’t necessary because oil supplies are more than adequate. They say drilling would create too much risk for communities along the Atlantic coast. The state’s $20 billion tourism economy, anchored by national resorts like Myrtle Beach and Hilton Head Island, would be in jeopardy, critics say.

Most at Wednesday’s agriculture committee hearing supported banning infrastructure to aid offshore drilling, but a representative of the American Petroleum Institute urged lawmakers not to take drilling off the table. The nation will need oil and gas in the future, even though it is abundant now, the API’s Mark Harmon said.

“I know I’ll get painted as a bad guy, but I think we need to keep an open mind,’’ Loftis said.

But Sen. Stephen Goldfinch, R-Georgetown, said he’s skeptical the state has enough space on the coast to allow construction of infrastructure to support drilling. Much of the state’s coast is developed or protected in nature preserves.

Harmon said drilling infrastructure could be built near existing port facilities and at a new port proposed for Jasper County.

The Senate bill now goes to the full agriculture committee, perhaps as early as next week. The House anti-drilling bill also could come up in the lower chamber next week, said Ann Timberlake, a lobbyist for the conservation group Oceana.

“It is great that it’s moving early in the (legislative) session,’’ she said. “We really appreciate the agriculture committee’s leadership.’’

The federal government temporarily put drilling on hold in 2019 as a result of a court decision about oil development in Alaska that the Trump administration saw as unfavorable. But the administration still favors drilling and is moving to allow it. In the meantime, the federal government has signaled that it will allow a handful of companies to move ahead with exploration.

Looking for oil involves the use of loud blasts that can ripple for miles under the ocean. Sea life, including dolphins and fish, can be harmed when that occurs because the noise is so loud.

Unlike the Gulf coast, offshore drilling would be a first for the South Atlantic coast. It is still unknown if significant oil deposits lie beneath the ocean floor, which is why oil drilling supporters favor seismic testing.

Trump’s support for drilling is in opposition to the position taken by former President Barack Obama, whose administration abandoned efforts to allow it off the South Atlantic coast.