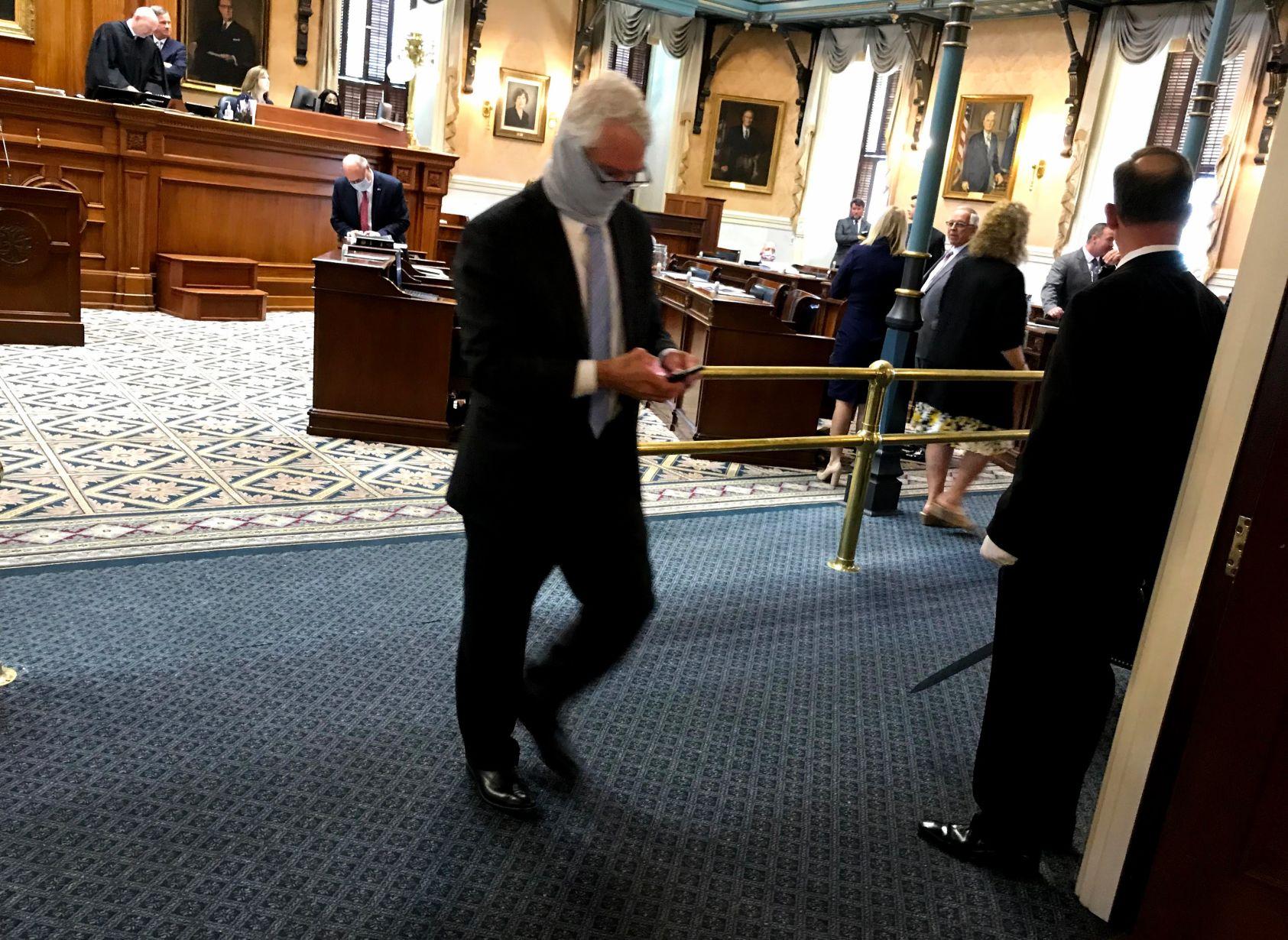 The South Carolina primaries are nearly a month away, but Charleston County’s election headquarters already has more than 16,000 requests to vote by mail.

For comparison, only 17,000 absentee ballots were mailed in for the 2016 presidential election.

So this is going to be more — a lot more.

Primaries often only attract the party faithful, and turnout is routinely far lower than it is during general elections. So the staggering number of requests for mail-in ballots so far suggests a) a lot of people are itching to vote and b) many of them aren’t wild about the idea of standing in crowded lines to do so. Because, pandemic.

State lawmakers, who seldom can agree on the color of the sky, amazingly fixed the potential problem in a single day this week. They decided everyone can vote by mail for this primary, and gave election headquarters the leeway to at least prepare for the count a day early.

Obviously, they were listening to their constituents — and state Sen. Chip Campsen.

Campsen has been working with state election officials all year to make voting easier, both for residents and the people who count the ballots. Earlier this session, the Charleston County Republican introduced legislation to allow election staff to open the outer envelope of mail-in absentee ballots the day before the election (they are mailed in two). That just saves time and ensures quicker returns.

He also suggested that no-excuse absentee voting should be available anytime an election is held within 45 days of a state-of-emergency declaration by the governor. That, he says, not only covers pandemics but also hurricane aftermaths.

“I lived through Hugo, when we went without power for weeks,” Campsen says. “The outbreak of COVID-19 could have wreaked havoc on our upcoming primary elections. (This) was crucial in ensuring our elections will be held on time and safely, allow citizens the fair opportunity to vote absentee as a result of the coronavirus pandemic and provide the Election Commission the time necessary to count the ballots.”

These are thoughtful, if temporary, changes to the state code, and lawmakers deserve credit, not only because it was the right thing to do, but because they had to jump through bizarre parliamentary hoops to do it so quickly.

Most wanted to simply pass Campsen’s existing bills, but an Upstate contrarian objected. So they had to take the meat of Campsen’s legislation, stick it in a road-naming bill, and pass that. Doing that in one day is a testament to lawmakers’ devotion to keeping people safe.

And not making them mad in an election year. All 170 lawmakers will be on the ballot this year.

Joe Debney, Charleston County’s election director, says the change “will help tremendously. We are leading the state 2-to-1 in applications for mail-in absentee ballots. The next closest county is Richland, which has had about 8,000.”

Mind you, all those applications came in under the old law, which required anyone younger than 65 to give a plausible excuse why they should vote early. There could be an avalanche of new ballots in the next few weeks, now that the state Election Commission has changed mail-in absentee applications to include the “state of emergency” option.

Voting by mail is a wildly popular idea even when there isn’t a pandemic, and several states already offer it, but Republicans here have been hesitant because right-wing conspiracy theorists (who always vote in GOP primaries) contend it leads to voter fraud. Or Democrats winning.

Same thing, in their book.

Debney says that’s not the case, that applications for primary ballots are running about even between the parties.

Of course, Democrats — and many Republicans — want to extend expanded mail-in voting to November’s general election, but lawmakers have said they’ll wait and see if a resurgence of the coronavirus warrants it.

Some folks won’t believe that, of course, but then many didn’t expect the Legislature to take this sensible step. Campsen says if the virus re-emerges in the fall, he has no doubt the General Assembly will make it safe for people to vote then, too.

And they will, if they keep listening to their constituents — and Campsen.