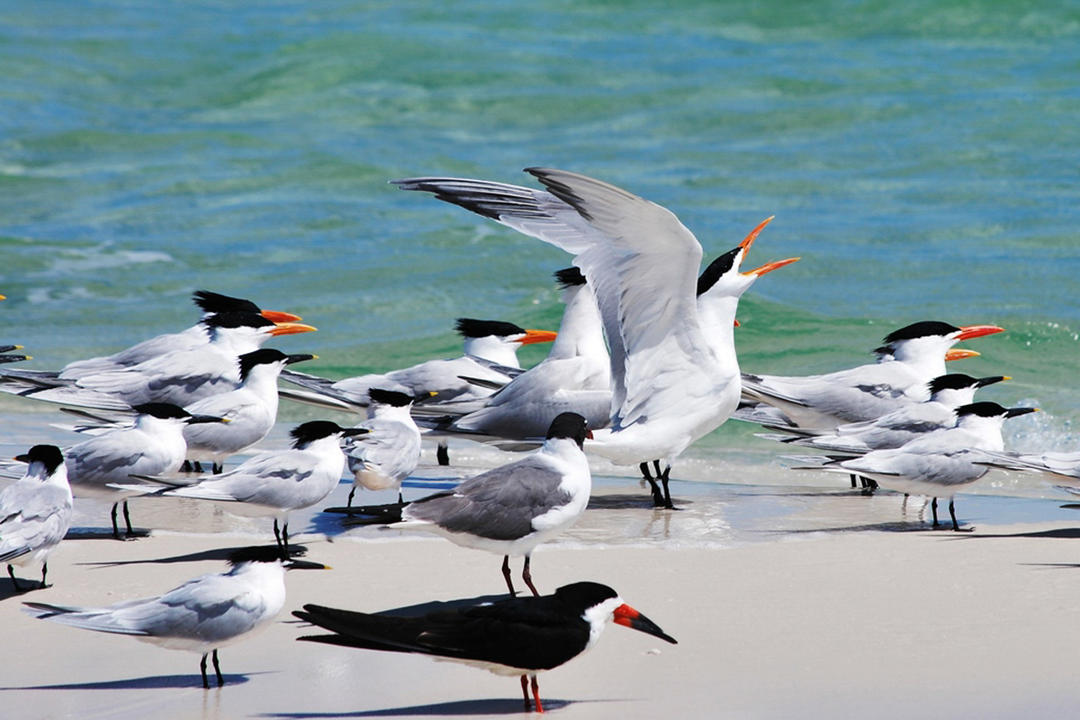 Taylor’s view is so misguided that it’s hard to know where to begin.

For starters Taylor’s claim is made from the standpoint of the developer. It is not one that is made on behalf of the island or its intrinsic values, which include serving as:

▪ An undisturbed resting place for rare, threatened and endangered migratory birds and other wildlife.

▪ A buffer from major storm events.

▪ A historic fishing area for the Gullah Geechee people.

REAL CONCERNS
Many of these shared concerns were justifiably expressed in recent letters sent to the Beaufort County Zoning Board of Appeals by Gov. Henry McMaster, state Sen. Chip Campsen and state Rep. Shannon Erikson.

In their letters McMaster, Campsen and Erikson advocated for protecting this culturally and environmentally significant resource.

We should all applaud the leadership of our elected officials on this issue of statewide importance.

A DELICATE STATE
I recently observed the entire island by water.

And as I did so one thing became obvious to me:

The only people who could possibly say that developing the island is good for the island itself are those who stand to financially benefit from such development.

The island’s boundaries are in flux with trees and vegetation eroding into the salt marsh and beachfront in some areas; meanwhile, sand is building up in other areas.

The erosion on the southeast end is so severe that the lone house, sitting among the downed trees on the beach, is completely underwashed at high tide and slowly succumbing to the ocean.

The developer’s claim that construction will not be within the “Important Bird Area” — a term appropriated from the Audubon Society and arbitrarily redrawn by the developer on only the northern portion of the island — misses the entire basis for the legitimate island-wide Audubon designation.

The fact is that shorebirds are only able to safely rest and feed on the island because human activity is practically nonexistent.

The residential lots that have been platted for Bay Point are currently wholly or partially underwater; some are even seaward of the state’s jurisdictional setback lines (which means that they could not be developed in any case).

MASSIVE PROPOSAL
The proposed resort would include 50 villas, shops, restaurants, bars, spas and fitness centers — as well as the 10 septic systems necessary to support that development.

This plan is the opposite of preservation.

It would place the island’s wildlife structures at near immediate risk.

And once these structures and supporting infrastructure are threatened by inundation, the claim that no plans exist to renourish or fortify the beach will ring hollow.

Because there is no mechanism in place to actually ensure that the developer will stand by this claim.

NO CREDIBILITY
Taylor’s reliance on The International Ecotourism Society as a source of credibility for this project actually only serves to undermine it.

According to a recent media report, former board members of the society were so concerned about ongoing financial mismanagement and unethical practices that they resigned.

In addition the society failed to file its required tax forms and had its 501(c)(3) tax status revoked by the IRS.

NO NEED FOR PROJECT
The fact is that all of the ecotourism goals that the developer extols can actually be executed without man-made structures and the associated infrastructure.

There are already legitimate ecotourism businesses — such as Coastal Expeditions — that conduct tours to adjacent St. Phillips Island that include wildlife viewing opportunities and interpretative educational programs.

We can also turn to the Gullah Geechee people, who for generations have harvested fish and shellfish from the marshes and beaches of Bay Point, to provide cultural experiences.

None of these ecotourism experiences would require building 88,000 square feet of permanent infrastructure on this fragile island.

THE ‘RIGHT THING’
What is truly the “right thing to do for the island”?

The right thing to do for it is to ensure its permanent protection and allow it to shift, change and continue to provide habitat for valuable wildlife.

That’s exactly what it has successfully done for generations — without human interference.

Amy Armstrong is the executive director of the South Carolina Environmental Law Project.